An interview with Olivier Edelman, Head of Microfinance Unit, EIB

Supporting access to finance for SMEs and micro-entrepreneurs has been the common thread in Olivier Edelman’s career at the EIB Group. After having worked eight years for commercial banks in Belgium, Olivier joined the European Investment Fund (EIF) in 2009. He was in charge of guarantee operations that the EIF was setting up with European banking institutions in order to promote access to finance for SMEs. In 2012, he started working for the European Investment Bank (EIB), more particularly on the development of new guarantee products for Mid-caps under the InnovFin Mid-Cap Guarantee. Since 2017 he manages the EIB Microfinance Unit that supports micro-businesses and provides inclusive finance. 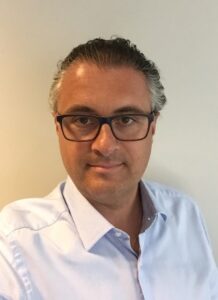 What are your current responsibilities and what is a working day in the EIB ?

I’m managing a team of five investment officers. Within the Microfinance Unit, we are in contact with our various stakeholders, including the European Commission and Member States. But our main task is to originate and finance transactions supporting Microfinance Institutions (MFIs). The Microfinance Unit works directly or indirectly with MFIs notably based in Africa, the Caribbean and the neighboring countries of the EU. The EIB grants direct loans to MFIs, invests in Microfinance investment funds and occasionally takes equity participations.

The EIB Microfinance Unit covers on a daily basis the whole spectrum of funding operations. This ranges from meetings with potential clients to due diligence of MFIs. The team deals with these operations in collaboration with other EIB departments, such as the risk management, the economists or the legal department.

How is the EIB involved in inclusive finance?

With their various projects for micro-entrepreneurs, both the EIF and the EIB have been supporting inclusive finance for many years. The EIF operates primarily in Europe and also provides banking institutions with a guarantee on the loans granted to micro-entrepreneurs. The EIB however operates in microfinance primarily outside Europe. Furthermore, the EIB has technical assistance envelopes used to support capacity building training for MFIs it finances.

Over the last 20 years, the EIB alone has invested nearly 1 billion Euros in support of microfinance, most of it in the recent past.

What is your key interest in inclusive finance?

SMEs and micro-businesses have a real need for funding. The EIB’s support for micro-entrepreneurs is a means of promoting growth and employment in and outside of Europe. In fact, this theme is the common thread in my career in the EIB Group. By working on microfinance projects I am very close to the customer.

For you, is inclusive finance a passion, job or learning experience?

It is a job and a learning experience as I am new to the Microfinance sector. Inclusive Finance is an attractive sector because we interact with people who are passionate about their job.

What is the biggest project you are currently handling?

The EIB will participate in the African Microfinance Week in October 2017 in Ethiopia and in the European Microfinance Week in November 2017 in Luxembourg. These two events are important as they will enable us to communicate to a wider audience what the EIB does in microfinance. They will also allow us to understand what is actually happening in the inclusive finance sector and to make new contacts.

Muktinath Bikas Bank (Nepal), winner of the 2020 European Microfinance Award, shares its experience with savings from before and during the pandemic: 4th most-read 2021 blog posts by FinDev Gateway La protection du consommateur à l’ère digitale InFiNe.lu recrute, rejoignez-nous! Would 2022 be a Year of “Green Consciousness” ? Launch of the Luxembourg Inclusive Finance Ecosystem Cartography